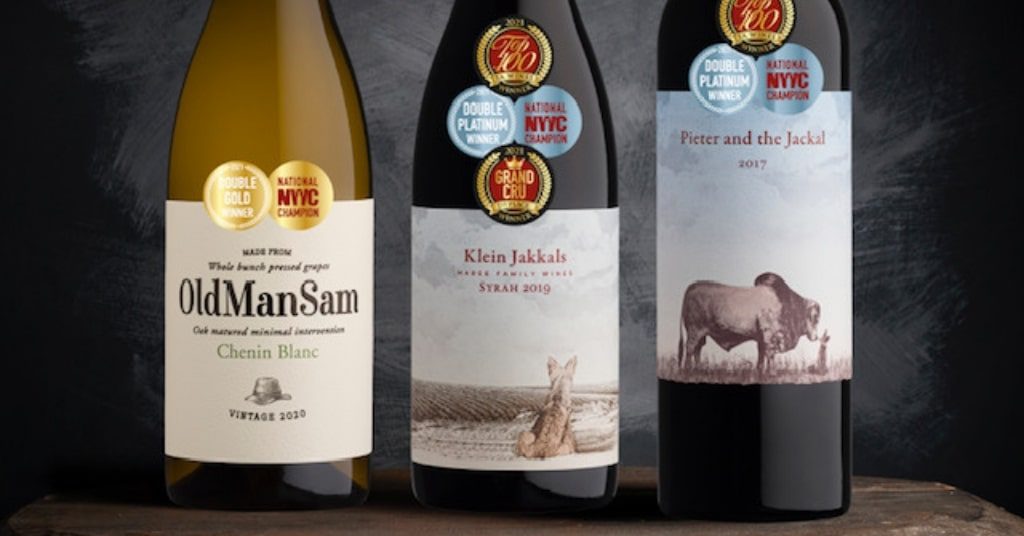 In 2015, Jacques and his father, Jacques Snr, started Maree Family Wines, a business that showcases the best that Stellenbosch has to offer, producing their maiden vintage in 2016.

“Our philosophy is that you can’t make good wine with bad grapes. Working closely with my grape supplier, I like to showcase the best that Stellenbosch has to offer, merely ushering in the current vintages with minimal intervention,” says Jacques.

Before starting his new venture with his father, Jacques was working at Quoin Rock Wines as an assistant winemaker and decided he wanted to start his own label. He says he managed to convince his father to invest in the start-up project.

“We sourced grapes (Shiraz and Cabernet Sauvignon) from the Helderberg, an area that I knew very well, having worked there for several years. The mission was to produce one wine that was a true representation of the Stellenbosch terroir. At the end of 2019, I stepped away from my position as the head winemaker at Quoin Rock to pursue my passion for creating distinctive wines from the greater Stellenbosch area,” explains Jacques.

The flagship red wine, ‘Pieter and the Jackal’, is a blend of Shiraz and Cabernet Sauvignon which was harvested from selected sought-after vineyards in Stellenbosch. Arguably best known for this award-winning wine, Jacques says that grapes for the current vintages of the Pieter and the Jackal and Klein Jakkals wines are sourced from selected sites in the Helderberg, whereas the Chenin for Old Man Sam comes from old vines in the Simonsberg.

You may ask where the name Pieter and the Jackal comes from. Born and raised in Namibia on the family cattle farm, there was a tame Brahman bull that Jacques fondly nicknamed ‘Pieter’. Jacques’ own nickname was ‘Jakkals’, a derivative of ‘jackal’, which in folktales represents mischief and playfulness. The label represents the adventures of Pieter and the Jackal, a reflection on a happy childhood enjoyed with family.

At the end of 2020, Maree Family Wines introduced two new wines: Klein Jakkals Syrah 2019 and Old Man Sam Chenin Blanc 2020, which have since been awarded some of the top accolades in the wine industry. In the 2020 National Wine Challenge, incorporating Top 100 SA Wines, the premier fine-wine-only wine competition in SA, the Klein Jakkals Syrah 2019 was awarded a double platinum and Grand Cru Best in Class; while the Old Man Sam Chenin Blanc 2020 was awarded a Double Gold. The Pieter and the Jackal 2017 also received a double platinum.

The Old Man Sam Chenin Blanc 2020 is made from an old vineyard block on the Simonsberg slopes, matured in old 400-litre barrels for eight months. The Klein Jakkals Syrah 2019 is made from Helderberg grapes and is an aromatic example of the varietal with a complex and layered body.

“We are always honoured and excited to receive such prestigious awards for all the hard work we’ve done. It is humbling. We have set ourselves a benchmark, and are really excited for the next vintage wines,” says Jacques.

However, Jacques says Maree Family Wines will not rest on its laurels.

“We will never stay complacent. We constantly develop and improve our winemaking techniques so we can offer our customers the best we can.”

As for new wines to be added to the range, Jacques says Maree Family Wines are currently experimenting with a summertime Rose. Watch this space!

From a farm in Namibia to the Cape’s winelands

Growing up in Namibia, Jacques spent most weekends and holidays working on his family’s cattle farm.

“I realised the satisfaction of working with my hands and building a close connection to nature. The idea of pursuing a career in winemaking came from my love of the outdoors and the natural beauty of the Cape winelands which we visited on regular family holidays,” he says.

Jacques studied winemaking in Stellenbosch and has since worked at several prime wine estates locally, as well as in Australia and America. While his philosophy is centred on minimal cellar intervention, careful attention is paid to determine best picking practices and harvest dates through meticulous tasting of the grapes and constant monitoring of the vineyards.

His winemaking career started at Rust & Vrede in 2009, whereafter he worked three harvests as the assistant winemaker at Guardian Peak. In order to expand his knowledge of winemaking and wine culture, he packed his bags to gain two more harvests in Australia at D’arenburg wines in Adelaide and in the USA at Costa Browne in Sanoma.

Returning to South Africa, he took up the position of winemaker at Highlands Road Estate in Elgin, before moving to Quoin Rock Wines in Stellenbosch. At Quoin Rock he helped to revamp the brand and renew the winemaking styles and wine brands, eventually taking up the position of winemaker in 2017 until the end of 2019, when he left to embark on the Maree Family Wines dream.

Maree Family Wines are passionate about building a lasting family legacy, producing quality wines which celebrate the bond between father and son.

NOTE: Maree Family Wines can be ordered online from Partners in Wine and are also stocked at speciality wine stores in Cape Town and Johannesburg. (Jacques has also been known to drive around delivering wine out the back of his car!)