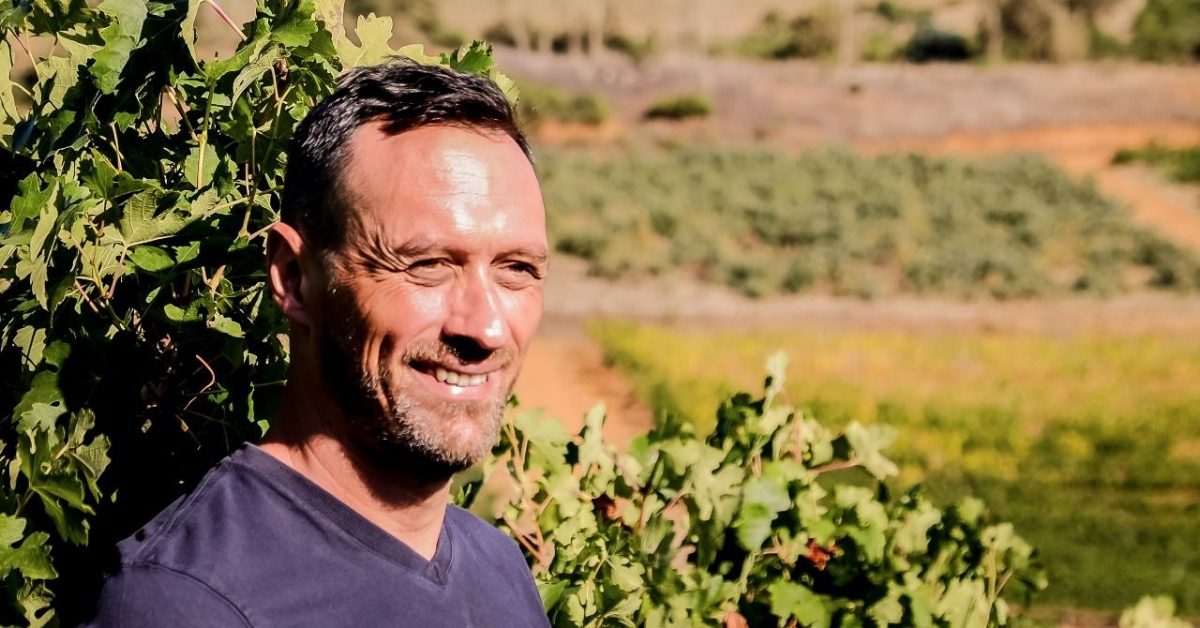 In conversation with winemaker, Francois Haasbroek

Listening to artisanal winemaker Francois Haasbroek talk about his own Blackwater Wines he’s working on makes you realise how intimately involved and invested he is in each of them.

He recently started making a Palomino wine, a rarity among SA winemakers, and describes the first vintage as “a bit of an oddball”.

“The sixth vintage is now being picked from a block of grapes that is now 94 years old,” he adds.

Palomino, a white wine grape that originated in Andalucia, southwestern Spain, is most often used to make sherry and brandy.

Francois discovered the block of Palomino in the Ashton area that had never been used to make wine bottled as a standalone version. The owner of the farm thought Francois might be an oddball himself, but once they met and talked about Francois’ plans, they “decided to give it a bash”, Francois says, producing a wine with a chalky and lime-rich taste, unique in SA.

“Think Chenin Blanc without the fruit,” he explains. “There are only a handful of us winemakers who use it as a single varietal wine.”

Then there’s his Barbera – a red Italian wine grape variety known for its deep colour, full body, medium tannins and high levels of acidity, allowing for the production of long-aging, robust red wines with intense fruit.

“I love the purity of it – it’s a bomb of fresh red currants,” says Francois.

As a red wine lover, you already know the greatest hits, but there’s one red wine you might not know much about — Carignan. And guess what, in his inimitable style, Francois is making it.

“I’m either brave or stupid,” he comments about the Carignan he has been bottling for eight years.

The Blackwater Omerta 2017 (100% Carignan grapes) was harvested from a single vineyard, with predominantly granite soils; fermented for 25 days on the skins and aged in 500-litre old barrels for 16 months.

Fortunately, winemakers today are giving Carignan grapes the respect they deserve — particularly those grown on old vines. These older grapes are more delicate and don’t grow so abundantly. Consequently, these old-vine Carignan grapes produce wine with a rich taste and smooth finish.

A new project under the Blackwater label which Francois is very excited about is likely the first of its kind in SA.

“It’s a new take on the 1960s-1970s Cabernet Sauvignon. I’ve been experimenting with it for the past year and now have a Cabernet Franc and Cinsaut which will be bottled in April. And if I say so myself, it’s pretty tidy,” he says.

“This wine will be called ‘Sophie’ after my daughter, born in 2020. Her older brother, Daniel, has a Grenache 2017 vintage named after him in the year he was born,” he adds.

Francois says that it will be interesting to see how the siblings debate which is best once they come of age.

The non-conformist in Francois is clearly evident in the other Blackwater wines – even some of the names are unusual – Blackwater Underdog Chenin Blanc 2019, Blackwater Blanc 2017 – Chaos Theory, Blackwater Highroller Sauvignon Blanc 2019 and Blackwater Cultellus Syrah 2016.

The Underdog Chenin Blanc (100% Chenin Blanc grapes) originates in the Swartland and the grapes were harvested from various vineyards around the Riebeek Kasteel region. Francois says the reason for its name is “because Chenin perpetually plays the underdog role compared to Chardonnay and Sauvignon Blanc, yet outperforms both in terms of interest and value for money”.

The Blanc 2017 – Chaos Theory contains skin-fermented Clairette Blanche (Stellenbosch) and Palomino (Roberston) blended with Swartland Chenin Blanc. The blend is aged for 16 months in old French oak with an additional 18 months in bottle pre-release. The ‘chaos theory’, says Francois, has its origins in scientific nomenclature, where chaos theory states that even in apparent randomness and chaotic systems there is an underlying pattern and reason.

The Cultellus Syrah 2016 (100% Syrah grapes), explains Francois, is from “a singularly amazing block of vineyard on Schist-covered outcrop in the Malmesbury area. It was complete hands-off winemaking, four weeks on the skins, drained and pressed to eight-year-old 600 litre barrels, left unmoved for 25 months and then bottled unfiltered and unrefined.”

Asked which Blackwater Wine he is most proud of, Francois retorts: “That’s like asking me who’s my favourite child…. All of them, of course!”

Partners in Wine are pleased to be working with Francois to make the SA wine industry even more appealing to wine drinkers old and new.